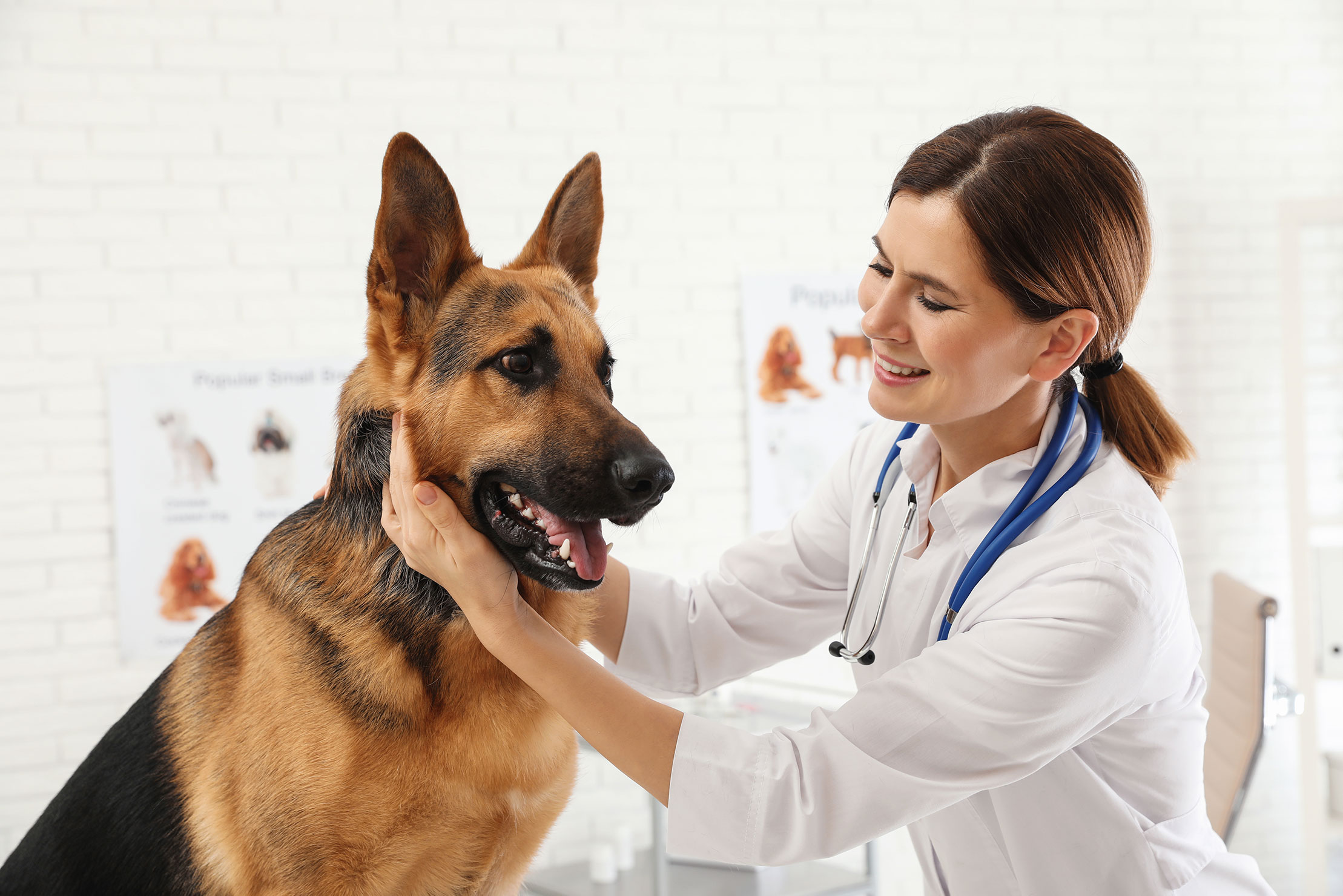 The dictionary defines an artifact as “something observed in a scientific investigation or experiment that is not naturally present but occurs as a result of the preparative or investigative procedure.” In other words an artifact is something that shows up that you weren’t expecting and most times you don’t want it to be there.

We have been throwing sound around literally through our patient and watching the images as they come up on the screen to try to make some sense of it all. With all the different tissue densities, angles, electronics, and human element combined there is bound to be something that doesn’t translate or produces some artifact within the image. Let’s face it ultrasound is not perfect due to all these factors.

Distal Acoustic Enhancement –  when you are scanning the liver and you come across the gallbladder have you noticed the tissue below it appears more hyperechoic (whiter) This is acoustic enhancement and it happens because the increased echoes deep to structures that transmit sound exceptionally well. This is an artifact that happens with fluid filled structures such as cysts, the urinary bladder and the gallbladder. The fluid attenuates the sound less than the surrounding tissue. Typically it is seen as more hyperechoic (whiter) posterior to the cystic area; this artifact helps with the identification of fluid filled structures. 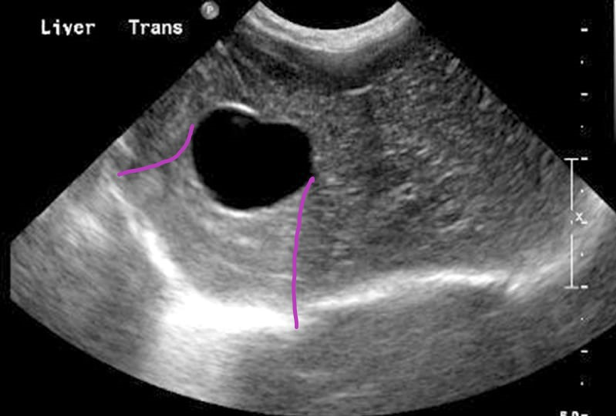 Acoustic Shadowing – This phenomenon is characterized by a signal void behind structures that strongly absorb or reflect the sound waves.  It appears as if the echo is actually stopped behind the structure and appears as a hypoechoic (dark) area. This happens most frequently with solid structures such as bones or stones (mineral). 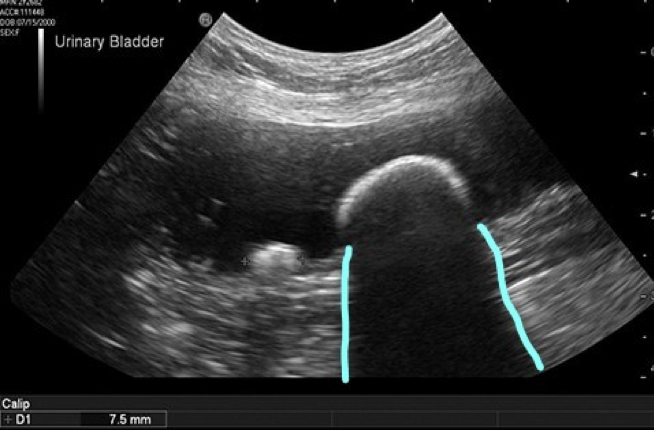 Comet Tail Artifact – The comet-tail artifact is seen when small calcific / crystalline / highly reflective objects such as  gas bubbles in the intestinal loop, metallic pellets, surgical clips or a biopsy needle which are within the sound resulting in many echoes that return to the probe at irregular intervals, making a trail of closely spaced, discrete, very bright, small echoes, resembling a comet’s tail. 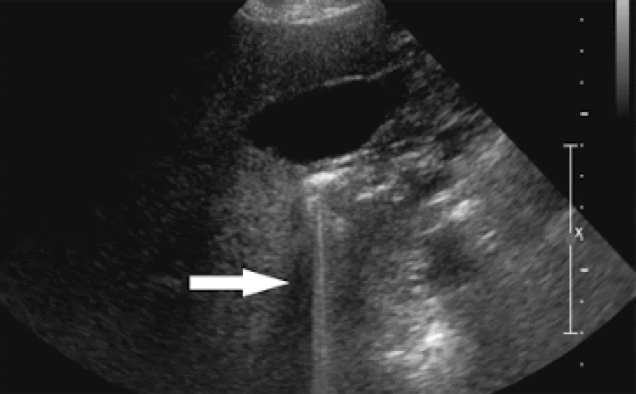 Mirror Image Artifact – This happens where a highly reflective surface such as the diaphragm is in the path of the sound wave. The primary beam reflects from such a surface (such as the diaphragm) but instead of directly being received by the transducer, it encounters another structure (e.g. a nodular lesion) in its path and is reflected back to the highly reflective surface (e.g. diaphragm). It then again reflects back towards the transducer. The ultrasound machine makes a false assumption that the returning echo has been reflected once and hence the delayed echoes are judged as if being returned from a deeper structure, thus giving a mirror artifact on the other side of the reflective surface. Some examples of mirror artifact:

To avoid this artifact, change the position and angle of scanning to change the angle of insonation of the primary ultrasound beam. 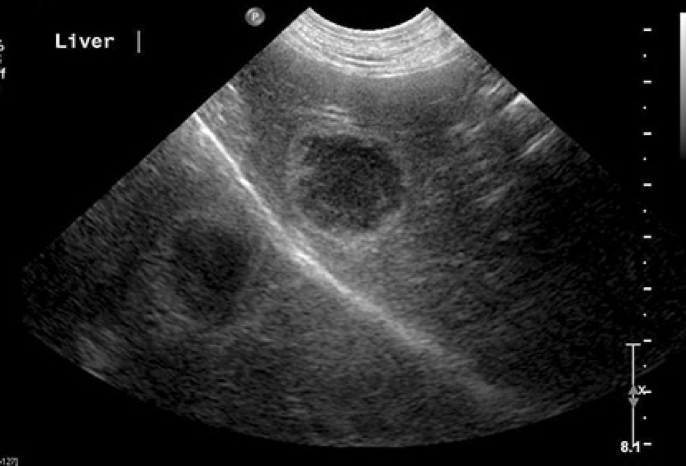 Reverberation Artifact -Reverberation artifacts appear as a series of equally spaced lines. They are produced by an ultrasound beam repeatedly bouncing back and forth between two highly reflective interfaces or between the transducer and a strong reflector. They can obscure deeper structures but can also be useful when detected in unexpected locations. Reverberation artifacts can be improved by changing the angle of insonation so that reverberation between strong parallel reflectors cannot occur. 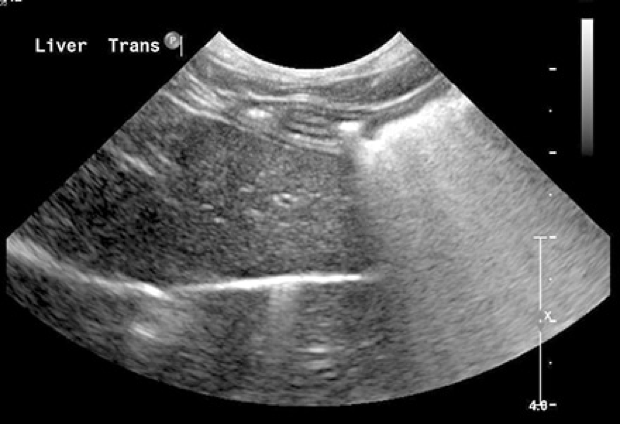 Refraction Artifact – occurs when the ultrasound waves are deflected from their original path by passing close to a large, curved, smooth-walled structure.Some surfaces that are smooth and round shaped will deflect the sound beams. The sound that is sent out will get no echo coming back to them so the absence of echo sound waves will make a shadow-like image that seems to project from the edges of the curved structure, also called edge artifact. Refraction causes hypoechoic areas on the screen. This artifact can be mistaken for effusion or a fluid pocket. 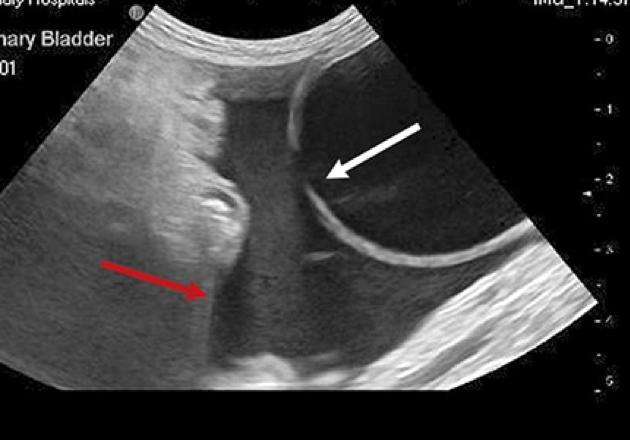 Side-lobe Artifact – The result of this artifact is that  anatomy outside of the transducer’s beam appears within the main beam. Secondary (side) lobes are present for electronic transducers with varying degrees of suppression and are the same frequency as the primary ultrasound beam. The transducer/system assumes that the echo coming back is only within the main axis of the beam. The reflection is at the correct depth but in the wrong laterality. 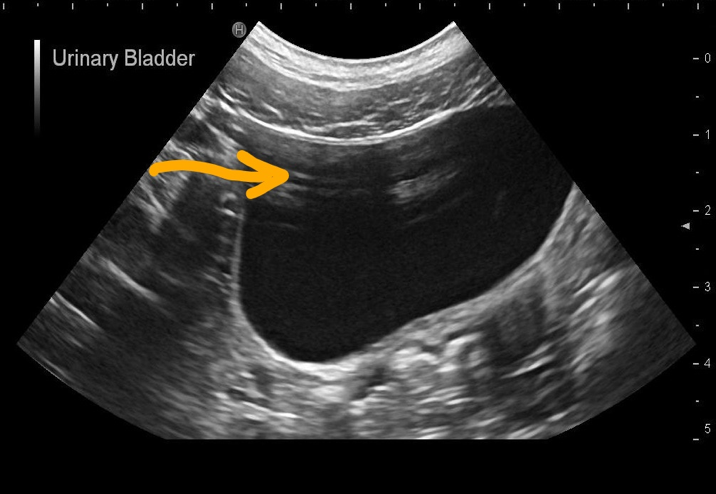 Contact Artifact – Because sound waves do not travel through the air very well coupling gel is used to create a layer between the transducer and the skin to help with transmission. Thus when there is not enough gel/alcohol you get loss of contact which causes an extreme hypoechoic area. 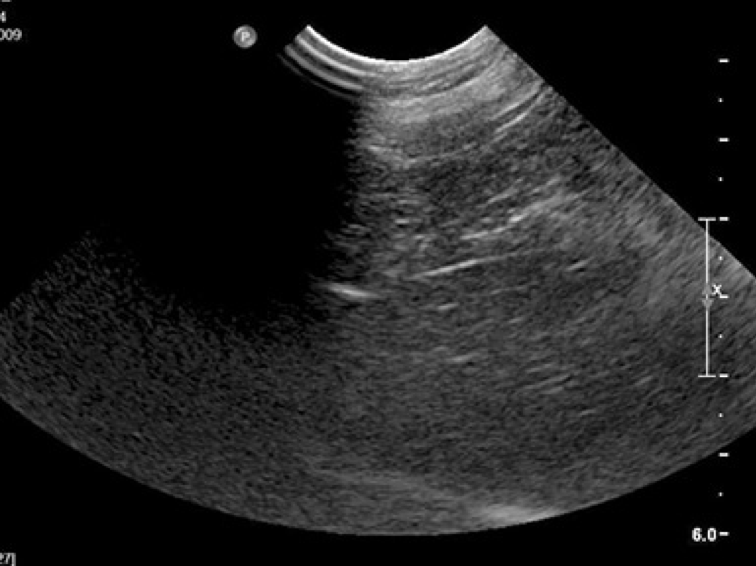 Artifacts in Ultrasound occur because the system makes the following assumptions:

Artifacts occur in all US images.  You just have to know what causes and recognize them for what they are and not misdiagnose changes in the image as being abnormal when it is merely artifactual. For the most part, moving the transducer or ensuring adequate skin contact will avoid most artifacts. Useful artifacts should be recognized for their potential to provide additional physical information about the tissues being imaged.